Wed 15.7.2015
The morning was quite simple and let’s say outright stoic? I didn’t even have my morning coffee – just grabbed some soda took a shower and off to work waiting for the bus; it’s now 07:43am.

Reading a little bit about the market economy of China from Wikipedia and couple of other articles probably business news and technology news.

Also took a bite chunk off a FastCompany web site’s article which was about the FastCompany: Better buses through psychology. The main point of the article which I am currently evidencing is that people would like to have information about the real-time goings of buses.

Without clear knowledge of regular routes and schedules, there are a couple features that are degrading the overall quality of the public transport system.

First is that people may avoid using it if it’s too much hassle. The second one is that the buses get unnecessarily stop because people have to ask for the directions. The drivers reply with almost a monotonous record, stating that there will be another bus coming soon which will be going directly what you want. One unnecessary stop – so what’s the big deal right? Think about if you were the driver and this happened about 30, 40 or maybe 50 times a day. I think it would kind of start eeking out.

I’m still charting out the situation in Finland in 2015 regarding the information systems about mass transit. There were some really early movers in this sector – A fact that I happen to know quite intimately since my flatmate during studies in Helsinki University of technology (now Aalto university) was one of the three authors of the software (Reittiopas).

From a quick look at Apple apps For the iPhone I found a couple of relevant apps in this segment which cost about 2 to 4 euros. It’s quite an unfortunate situation that the companies that have this information do not produce the apps; because mass transit is one heavily networked area where information and the ubiquitous knowledge of timetable and real-time positioning would generally improve a lot the whole usability and also pervasiveness of mass transit. 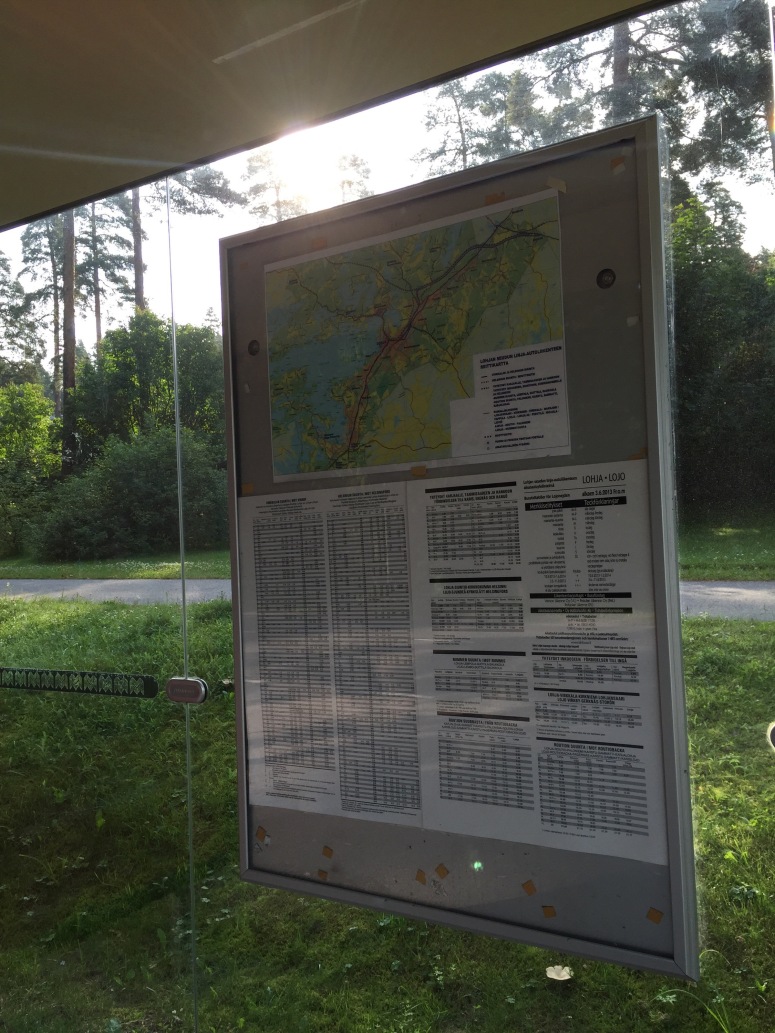 Come to think — and since I seem to have at least half an hour time waiting in the, well certainly OK, a bit chilly 15 C degree finish summer — this phenomenon certainly calls for some investigation. I will personally take this to be my mission since I think that it’s at least worth a shot; One thing that will eventually start ruling out the possibility of mass transit being a lucrative business is the — perhaps for the time being distant — coming of robotized cars. At least robotization will be a game changer – a disruptive possibility, which can be utilized by the mass transit companies or then it can be completely forgone and the mass transit companies simply vanish.

What are your thoughts on the future of mass transit? What kind of information systems do you have available in your home region?